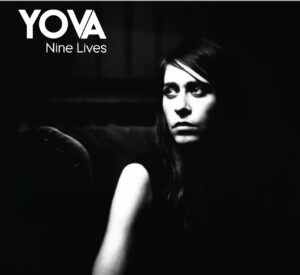 Recorded over a four year period, Yova release their debut album “Nine Lives” this month. The album is a collaboration between Jova Redevska and Mark Vernon, and features contributions from a number of notable guest musicians such as pedal steel player BJ Cole, guitarist David Rhodes (known for his work with Peter Gabriel), Terry Edwards, Anna Phoebe, Alex Thomas and Daniel O’Sullivan. Rob co-wrote a number of the tracks, and arranged strings and other instruments and performed on the album as well as contributing some production work.

The album has already received a glowing 4/5 review in Mojo magazine and a number of the tracks have been regularly championed by Gideon Coe on BB6Music.

For further details on the band and their music see https://yovamusic.com and check the discography here for links to Apple and Spotify playlists

END_OF_DOCUMENT_TOKEN_TO_BE_REPLACED

NEW SOLO ALBUM FROM ROB! April 2020 sees Rob release his first solo album for 16 years! Recorded last year at his home and at Middle Farm Studios in Devon, the album features twenty, mainly instrumental tracks, commissioned by KPM as a production music album for the label…Rob adapted the tracks from various compositions he’d […]